I have no idea what to expect from the mountain nation of Lesotho. Although tiny compared to South Africa, I have been repeatedly told that the mountain scenery is second to none, and that the locals are extremely friendly. Always on the lookout for new mountains to explore, I know this is a must-visit country. 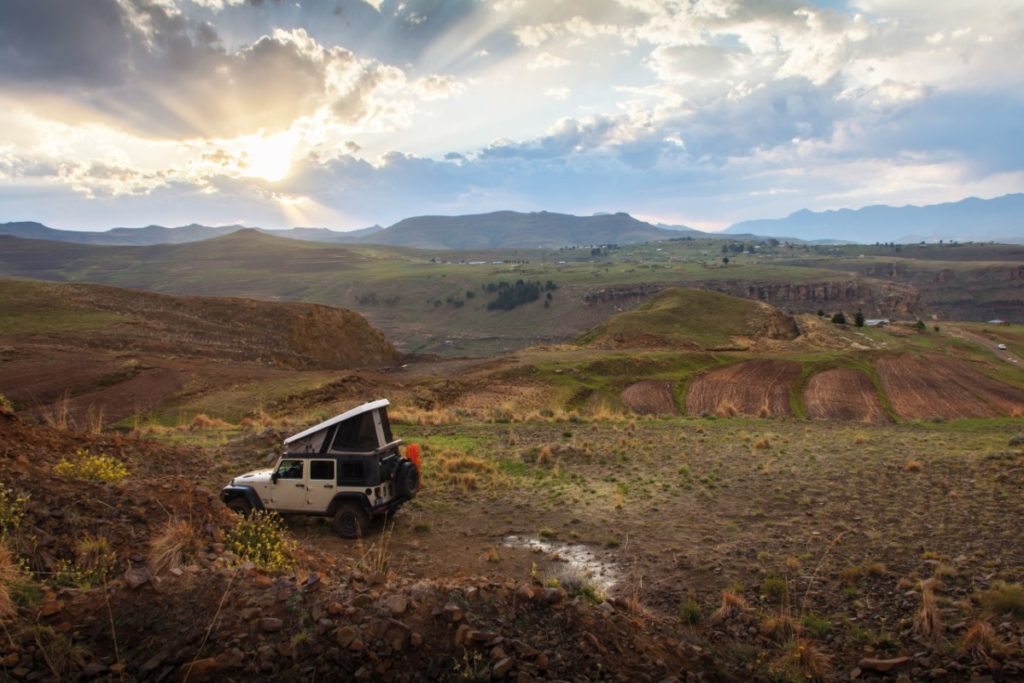 At a small and quiet border in the North, we are quickly stamped out of South Africa and into Lesotho with a minimum of fuss. The six-month Temporary Import Permit for the Jeep is also valid in Lesotho, so I don’t even talk Customs to cross this International Border. It doesn’t get any easier.

I see immediately that Lesotho is less developed than South Africa, and I feel a pang that I have not felt since leaving Angola. Life is once again out on the streets – people are cooking, washing dishes and partying, prices are cheaper, and everyone smiles and waves as I pass.

After a very cheap street meal of chicken and chips in the capital of Maseru, we venture into the heart of the country on a spectacular new paved highway. As soon as the city fades in the mirror, I feel as if we have stepped back a hundred years. Shepherds wearing colourful local blankets ride proudly on horseback as they tend their sheep. Houses are simple round stone buildings that look as if they have been lifted straight out of Middle Earth. For hour after hour, we wind up, over and down enormous mountains while passing through endless wilderness. I can’t help noticing that everyone we pass wears a smile from ear to ear, despite the brutally cold wind racing down the vast canyons.

Even on the paved road, the Jeep needs first gear to climb some of the mountains, and I smell the brakes heating up on more than a few of the descents. As dusk approaches, we arrive in the beautiful mountain town of Semonkong and are soon making camp at the lodge of the same name. Downstream on the river are the extremely impressive Maletsunyane Falls – at 186 metres, they are one of the tallest single-drop falls in the entire world and easily the highest in Africa.

Happy to be out of the Jeep, we spend the next couple of days hiking around the entire area to view the falls from every angle. We first venture around the rim of the enormous canyon; then, with a lot of rock hopping, we scramble downstream from our camp along the river to stand at the very top of the falls. To soak in just how massive they are, we hike down to the base of the falls and swim, while being blasted by the spray whipped up by the wind. In the town of Semonkong, locals are very quick to smile and laugh, and we feel extraordinarily welcome in this magical little village where men who work leather by hand, labour side-by-side with blacksmiths. 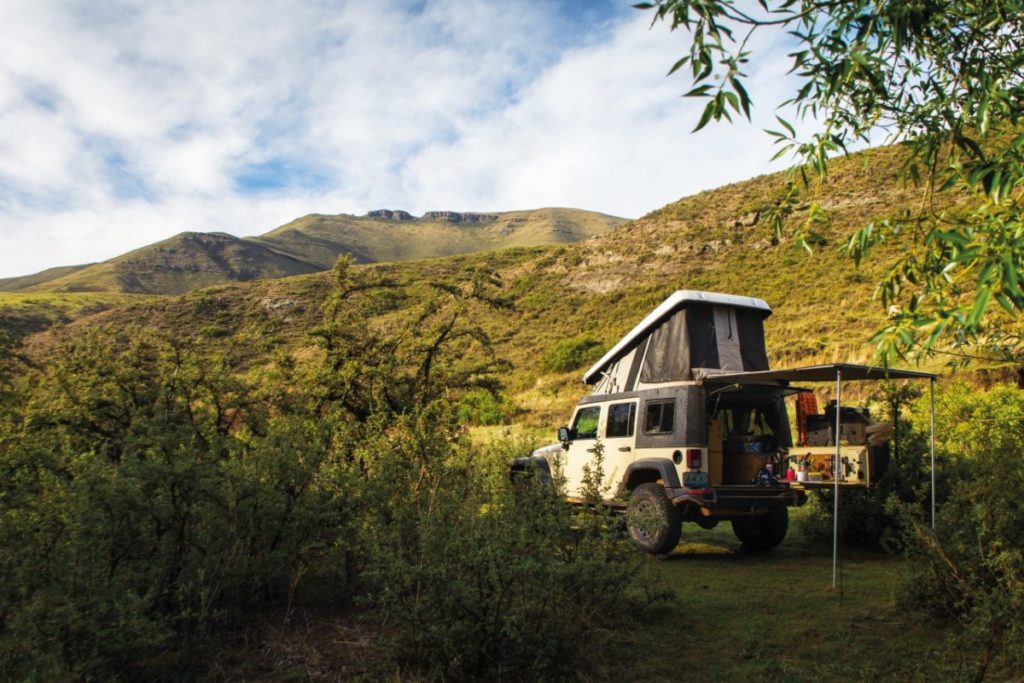 After prying ourselves away from the spectacular falls and culture in Semonkong, we move deeper into the country to explore further. We wild-camp each night, and soak in spectacular sunsets over the mountains. Locals are always friendly and welcoming, and don’t mind at all when we wild-camp near their village or hut. During the day, we explore gravel roads that (at times) appear glued to the side of the mountains.

For the rest of Dan’s adventure through the Mountain Kingdom, grab a copy of the March issue of SA4x4 Magazine.