Four classic 4×4 icons (and a few modern support vehicles) tackle the Simpson Desert in Australia during one of the wettest dry seasons on record. Overland Journal editor Chris Collard joined a handful of enthusiasts on this epically muddy adventure.

You hungry? I’ve got a pocket Peanut Butter & Jam.” As the facetious host of TV show Dirt Every Day, Fred Williams has a warped sense of humor. It was around midnight and we had been getting dragged on a tow strap for the previous 12 hours. An electrical issue that morning had left the motor of our FJ40 as functional as a 300-pound parachute. We’d dug ourselves out of several mud bogs and from the knee down my bare legs and feet were covered in mud, which had dried like cement in the frigid desert air. The lights and heater were kaput and we hadn’t eaten since our escapade began that morning.

Glancing at Fred, his ghoulish and unshaven grin, illuminated red by the taillights of the tow rig in front of us, resembled Freddie Krueger on a bad night. “I stuffed it in my pocket this morning just in case. It’s smashed flat but my butt has been keeping it warm. Want half?” Considering the fact that his flatulence had nearly driven me out of the Cruiser during much of the day, a butt-warmed PB&J wasn’t exactly what I had in mind for dinner. However, there are times when one’s culinary code must be compromised. With unknown hours before I might receive another generous offer, this was just such an occasion. “Sure, sounds good.” He peeled it out of the plastic bag, tore off half, and handed it over. Bon appétit!

A few days earlier our motley crew had rolled out of Alice Springs, down the Old Ghan Route, and were standing in the lee of Chambers Pillar, a 50-meterhigh column of sandstone rising above an ancient land. The setting sun streamed through an ominously dark cloudbank to the west, cutting brilliant orange wedges from the sky. The moment vanished as quickly as it had appeared, Mother Nature’s way of keeping photographers on their toes. Before us lay a tormented and weathered landscape that dates back to the Precambrian period. Earlier in the day we had glimpsed the Napwerte pictographs, etched in stone by a culture that for the previous 600 generations had been the custodians of a remote and unforgiving land. This was Australia, considered by academia to be the oldest continent on the planet and one of the few places where time seems to have stood still for millennia—or at least until the late 18th century.

When I stepped off the plane in Alice, her warm afternoon air smelled of red dirt and rich eucalyptus, permeating my senses like a firm handshake from an old friend. I’d walked these streets years before, but it didn’t seem like a day had passed. An island of life in the middle of the vast Outback, this small community of less than 30 000 souls is the largest town between the suburbs of Adelaide to the south and Darwin to the north, a span of approximately nearly 3 000 kilometers. However, I wasn’t there to sip tea in Victorian-era cafés or jump in a bottomless boat and race down a bone-dry riverbed (Alice Springs is famous for the waterless Henley-on-Todd Regatta). I had flown halfway around the world to join the guys from ARB in celebrating their 40th anniversary.

It was planned to be quite the party, but not in the stuffy martini-and-caviar way. Rather, we would pilot four of their Off Road Icon vehicles across the Simpson Desert to Birdsville, a remote outpost to the southeast. We had a bit of a grudge to settle with the Simpson, for a decade prior we had been denied a crossing due to flood conditions on Eyre Creek. Our team consisted of some old hands from the first trip: Aussies Mark Lowery, Deano Mellor, and crack photographer Michael Ellem; Land Rover fanatic Patrick Cruywagen from South Africa; the flatulent Fred Williams; as well as a host of new mates. Unseasonably heavy rains had again rendered much of the Simpson, which is normally dry this time of year, a gummy mess. We retreated to the warmth of the campfire, set a plan for the coming days, and waited for the rain. 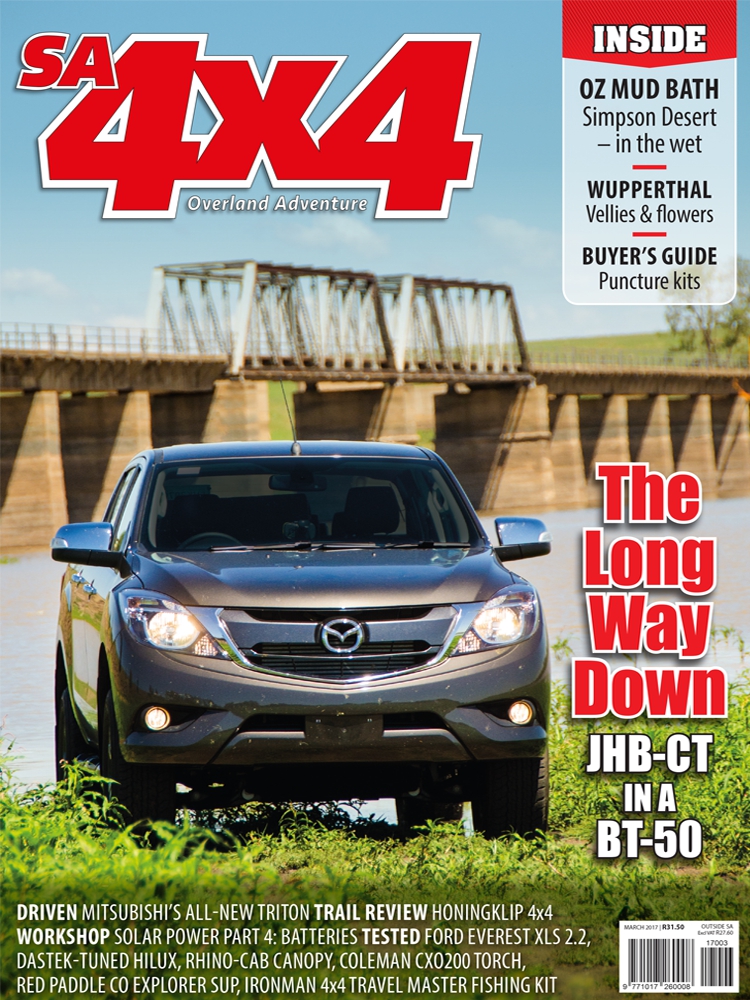