We were still a day’s drive from our dream destination: Busanga Plains. Hidden away in the far-flung north-western corner of Kafue National Park, this is one of the more remote, secret and fabled features on the continent.

We were already hours into the journey before my companion, Ashley, and I stopped for mid-morning coffee. This was at one of the few places where the dirt track through the miombo woodlands breaks into a clearing and offers a glimpse of the Kafue River, and our arrival at the riverbank sent an African Finfoot splashing for safety. Usually a rare, secretive bird, a Finfoot is a twitcher’s prize; but their sudden, startling lunge from bank to water had become familiar during our two-week trip.

Using the Pajero’s rear wheel as shelter from the wind, I fired up the camping stove for coffee. Afterwards, when I closed off the gas, I could still hear some hissing, and closer inspection revealed that this was not coming from the stove. There was a small puncture in the tyre…

Irritating, we agreed, but not a major problem. After all, we had a compressor, a puncture repair kit, and a spare on hand. We were prepared, as anyone planning to explore remote Kafue should be.

Kafue is a huge tract of wilderness sprawling over 22 400km2. It is Zambia’s largest park − one of Africa’s biggest − and home to 480 bird species, an astounding mammal diversity and the highest number of ungulate species in southern Africa. Kafue is slightly larger than Kruger National Park, and while they share an acronym and an elongated shape, the wilder Kafue differs in several
ways − it doesn’t have Kruger’s mob of tourists, extensive road network, mobile reception or well-developed infrastructure.

Self-drive visitors need to be totally independent, and to carry ample fuel, water and food. In Kafue, help can be a long way off.

Our goal was to meet up with a colleague, Dr Kim Young-Overtun, about an ongoing ecological research project. Kim had recently moved her family to a permanent camp on the eastern bank
of an oxbow in the wide, slow-flowing Kafue River near Hook Bridge, and from that base, in the heart of the last stronghold of Zambia’s cheetah, she and her husband were researching the cats for the conservation NGO Panthera.

We wanted to see as much of the park as possible, so we opted for a two-day route up to Hook Bridge from Kafue’s southern gate, Dundumwezi. This is 200km from Livingstone via the village of Kalomo, and the last call for fuel.

When we arrived at Dundumwezi at 11am, the Zambian Wildlife Authority (ZAWA) officers greeted us enthusiastically and ushered us into their dimly lit office to pay our permits. The office décor was Spartan — a desk, filing cabinet, crooked wall clock and gold frame proudly displaying its original “Document Frame 21x28cm” label. As we signed the entry log, we noted that the last visitors
had been five days before.

Our destination for the evening was Musa Gate, halfway to Hook Bridge on the southern shore of Lake Itezhi-Tezhi, and we’d hoped to travel the seasonal bush road up through the plains. 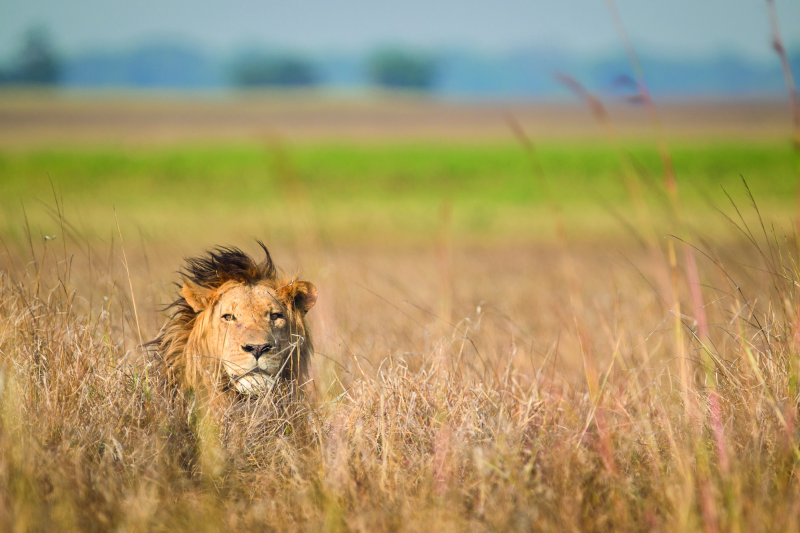