You’ve heard the stories about Baboon’s Pass in Lesotho: it’s a car breaker; it’s impossible in the wet; it’s about endurance, not skill. Anton Willemse returned from completing this tough 4×4 trail a little battered, but wiser.

Start: Just after the Likolobeng River

Best time: Close to winter, before the summer rains

When I was given a chance to drive Baboon’s Pass in Lesotho as part of a group tour organised by Riaan Jooste of Complete 4×4, I was extremely interested. I had heard it was tough, and at times Grade-5 tough, but definitely something to tick off one’s bucket list. So, I had a look at some videos on YouTube − and particularly one from Andrew St. Pierre White, who had driven a stock-standard Land Rover Discovery 4 up this 26km obstacle-course. (He did have two Defenders on call, both shod with 33-inch tyres.)

I thought that, in comparison, my Hilux Legend 45 D-4D manual was pretty well-kitted out: it had a suspension lift and upgrade, replacement bumpers front and rear, and a set of 265/70 R17 mud-terrain tyres.

Not a lot of information is available about Baboon’s Pass, and much of it underestimates the severity of the terrain available − calling it mostly Grade 3, with an occasional rougher section. One magazine even said the pass “used to” be rough.  Well, in that case, I think I might have driven the wrong pass. It is tougher than tough – full stop!

The pass was apparently built in the 1960s so that supplies could be delivered to the missionaries in the valley. They used to drive trucks down the road; but in the last couple of decades, there has been little-to-no maintenance on this stretch. Rain and snowfalls have eroded sections, and rocks weighing over a ton have blocked the passage. And, with the next rainy season around the corner, I guess it will get just that much tougher. 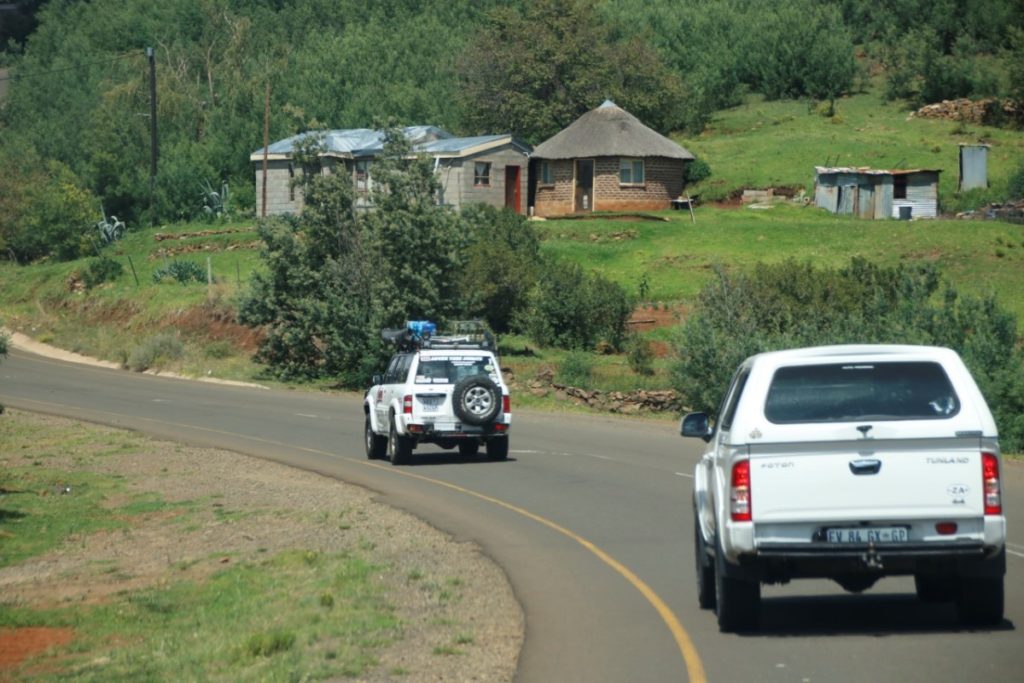 The bunch of adventurers who had signed on for this challenge − timed for mid-March to miss the winter rains − met at the Wimpy in Ficksburg at 07h30 on the Thursday. After having breakfast and doing some last-minute shopping, we left for the border at Maseru, and then on to Ramabanta Trading Post Lodge − where we overnighted in relative comfort before driving to the bottom of Baboon’s Pass, some 5km from the Lodge. Our spirits were high, and we felt pretty confident in our array of seven vehicles, all of them with lifted suspensions and running on mud-terrain tyres. Tour-leader Riaan was driving his Nissan Patrol 4500, and there were three Land Cruisers (a 76 wagon with the 4.2-litre straight six diesel, a 79 single cab V6 petrol and a 79 double cab V8 diesel), plus an Isuzu D-Max double cab, a Foton Tunland double cab, my Hilux D-4D double cab, and a heavily-modified Jeep Wrangler Rubicon. 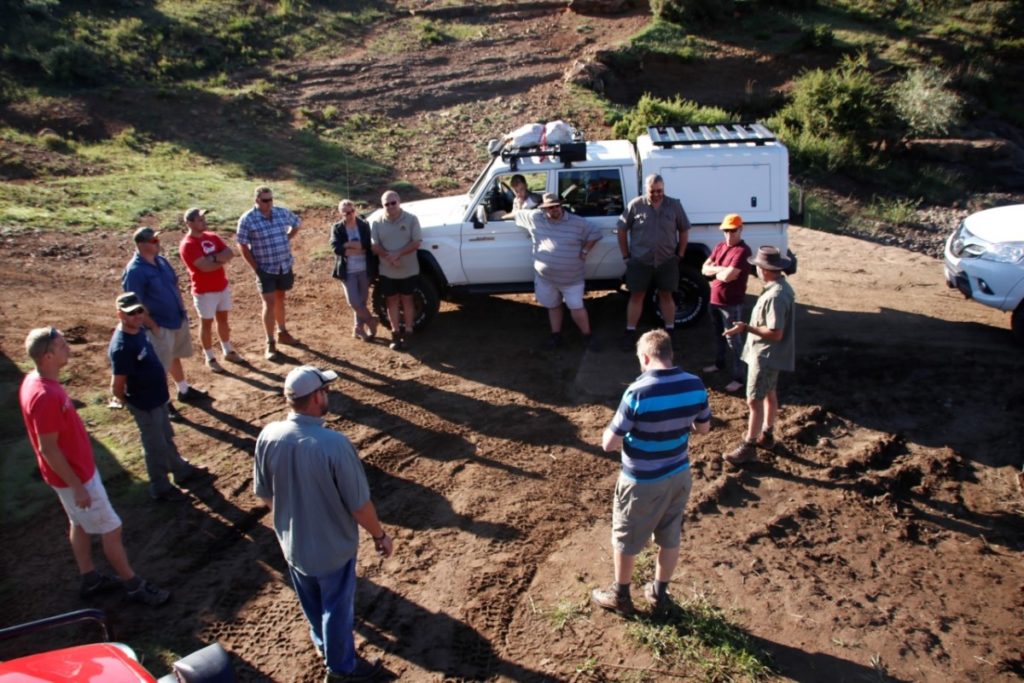 Our plan was to drive the first 20km of the route, then camp overnight. The next day we would tackle the final (and tougher) 7km, before getting back on the tar road and returning to the lodge.

Ensure that your vehicle is in top mechanical condition

It is best to fit added underbody protection.

Be in sound health. Medical support could take a day to reach you.

Know your vehicle and how to fix it. Bring a full toolkit.

Have a stocked first-aid kit and know how to use it.

Be sure to take gloves along for road-building.

Bring along spades, pick-axes, hammers and a large crowbar.

Take recovery tracks and a hi-lift jack (be sure to have proper jacking points).

Each vehicle must have a full suite of recovery gear. A winch is a help.

Vehicles must have proper recovery points front and rear.

Rear diff lock is the minimum, front lockers will help.

A sense of adventure (and a sense of humour) is vital.

While the rest of us crossed the bridge over the Likolobeng River to get to the trail head, the Isuzu decided to take the scenic route through the river, and got stuck in the process. After first trying to winch it out, we finally managed to drag it out backwards some 45 minutes later, perhaps unknowingly damaging the rear diff-lock in the process.

The first couple of kilometres were bumpy, but nothing too challenging, and pretty typical of what you see on YouTube and what you can currently read about Baboon’s Pass. We even had a SWB Pajero joining us for the ride.

However, conditions soon changed, and we were faced with stretches of 50 metres comprised entirely of rocks the size of beach balls. The vehicle was being thrown around violently; and even in low-range first-gear, my Hilux was finding it difficult to go slowly enough to crawl over the rock beds. Having to take sharp turns around huge rocks on a road that was barely wide enough to fit a vehicle, tested my concentration to the limit. With boulders the size of a VW Beetle to the right, and a 100-metre drop-off to the left, it was easy to understand why my GPS kept pointing out that the road was for “bikes only”. 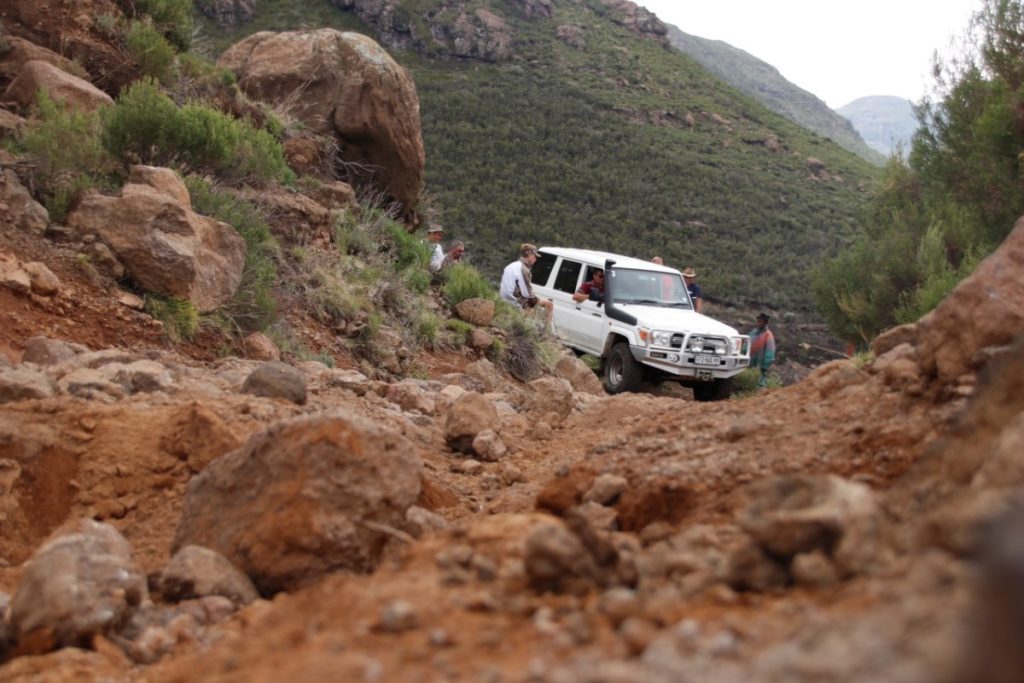 Smooth sections were few and far between, and lasted only for a couple of metres. We stopped frequently to assess the road, trying to pick the best lines; but tackling the section would shift the rocks, the wheels would slip off line, and we’d all have to re-plot our courses on the go to prevent our getting stuck or beaching the vehicle. It soon became clear to the group in the Pajero that this was a bad idea – and, about 2km in, they found a small clearing in which they could turn the SWB around and head back. Perhaps a wise move… 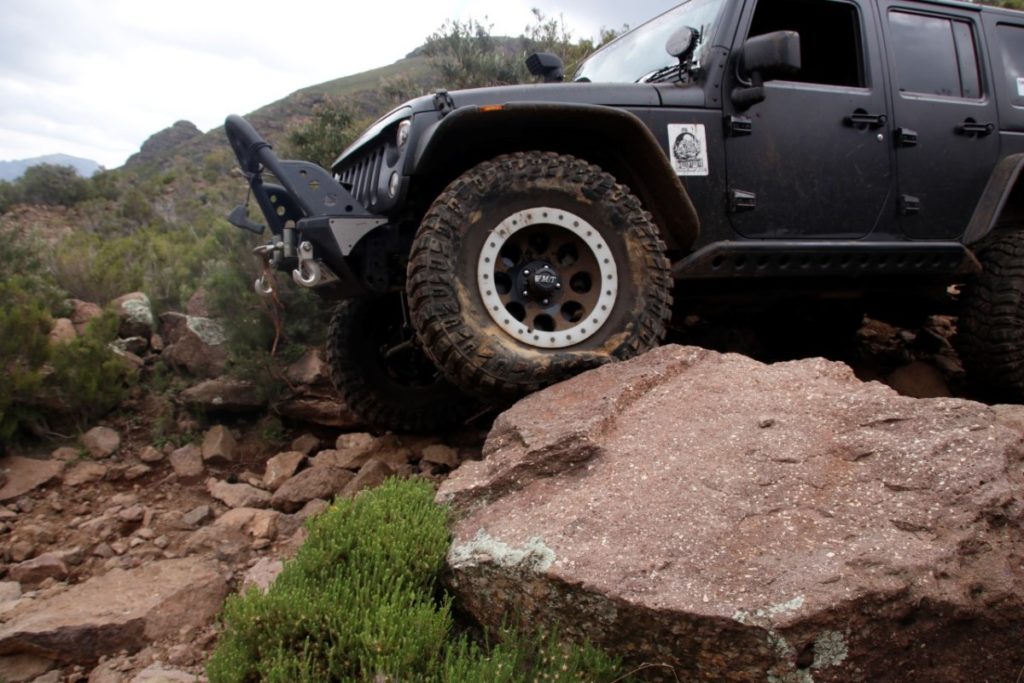 Just as it seemed that my Hilux and I were up for this challenge, my sense of security took a knock. While I was edging around yet another rock section with a 90-degree turn mid-way, a rock moved under the right rear wheel, and the side-slip mashed the vehicle into a tall boulder. The left rear tyre was compressed to the point where the sidewall was ripped, air was hissing out − and I still had another 10 metres to go to reach a semblance of level ground. 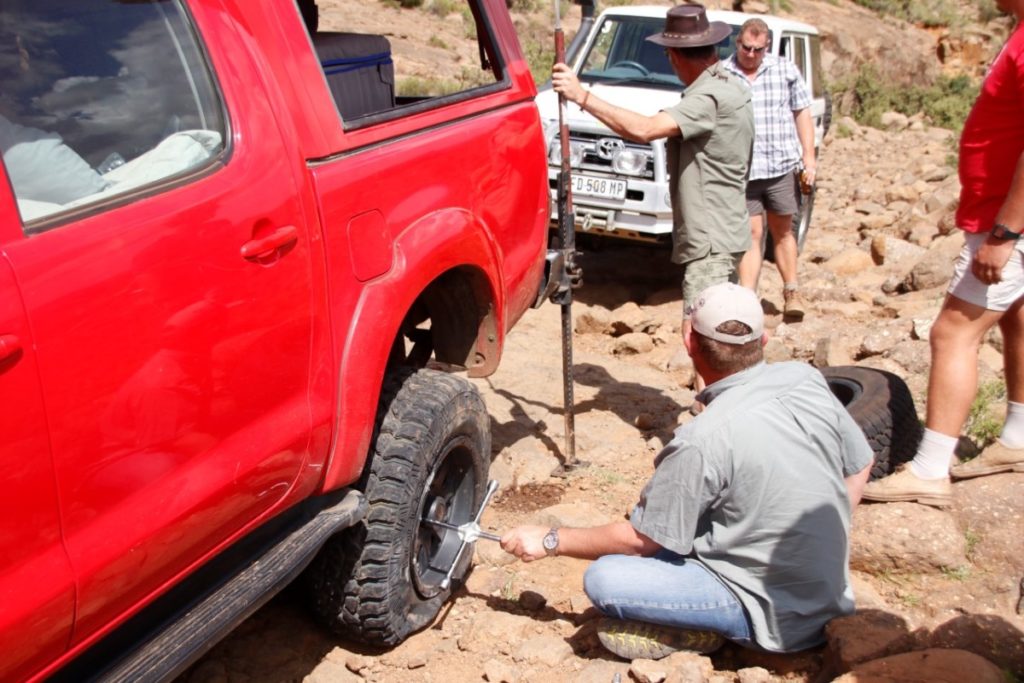 Out came the hi-lift jacks; and, after about 20 minutes of teamwork, we were on our way again. Except that I now had a less-hardy all-terrain on the left rear, and my confidence was in shreds. The knowledge that I had just one spare left had me crawling even more slowly over the rough sections to save the tyres, causing the Hilux to cut out frequently.

For the rest of Anton’s adventure in the Mountain Kingdom, grab a copy of the June edition of SA4x4 Magazine.