Angus Boswell drives the latest and greatest 190kw, V6 Volkswagen Amarok, pitting its considerable skills against the mountains, dunes and highways of Oman.

“This is the new ship of the desert,” exclaims the Omani driver, giving the door panel of his 4.0-litre V6 Land Cruiser 70 Series a solid thump. “We no longer have to rely on camels like we did 30 years ago,” he insists in perfect English, waving toward the load bed of the Cruiser, where a very contented camel is in repose, resting on cushions and surrounded by mounds of green feed. 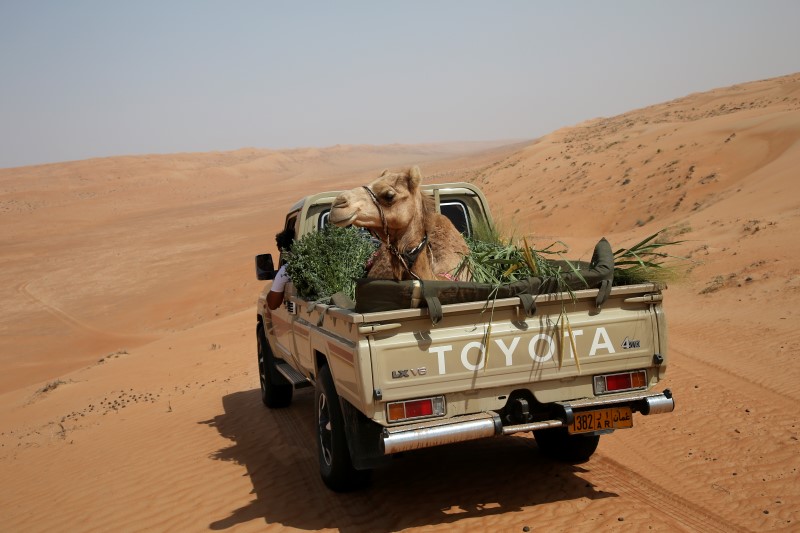 Ship of the Desert has changed places!

A cheery ma’a salama, another slap on the door, and he is off around a corner of the dune, having given our line-up of indigo, blue, red and dusty silver Amaroks a keen once-over. This was the third day of our adventure cruise in this fascinating Middle Eastern country, which is sandwiched between Yemen in the south, the UAE in the north, and isolated by the infamously harsh Empty Quarter (the Rub al Khali) of Saudi Arabia to the west. Iran is just 56km across the strategic trade route of the Strait of Hormuz, and a staggering variety of landforms and complex rock layers have caused it to be dubbed “The Open Book of Geology”.

As our encounter with the camel and Cruiser shows, it is also a country that keeps one foot in a feudal past led by ancient customs, dress and simple agriculture, while the other dabbles on a world stage funded by revenue from oil and natural gas − a world of billion-dollar highways, the high-rise city of Muscat, and all the brash trappings of wealth.

Dialling back two days, we had landed red-eyed in Muscat, snatched three hours of sleep in a hotel close to the brand-new airport, marvelled in passing at the opulence of the Sultan Qaboos Grand Mosque and been ferried on an immaculate highway to our starting point. This is our meeting with VW’s master of ceremonies, product communications manager Andreas Gottwald and his team, and with left-hand-drive V6 Amaroks in 120kW, 150kW, 165kW and 190kW states of tune.

Our Omani hosts from Razan Travel − like all the men around here − are splendid in their traditional gear: a full-length cotton gown called a dishdasha with a wraparound turban known as a muzzar. These clothes are just right for the muggy 40 degree heat. (We do not see women in public, apart from the occasional flash of a full-length black robe.) A taste of the local cardamom-infused coffee and the chewy Omani Halwa delicacy, and we’re off in tight convoy. This is a German operation, so rules apply and wasted minutes are verboten. 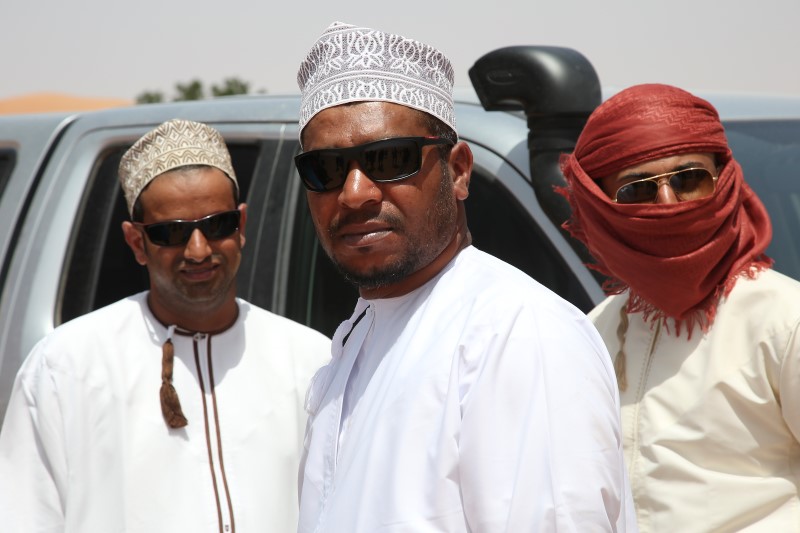 Our hosts in their dishdashahs and typical head gear. Beats the heat.

Get the Seikel upgrades, and a few extras done locally through Seikel 4×4 Technik. These upgrades carry a “Certificate of no objection” from Volkswagen Germany, and also carry a two-year/100 000km warranty when fitted new. This is indicative pricing including VAT and labour costs (in brackets).

It’s hard not to marvel at the contrasts as we head south from Muscat, towards Qurayyat. Brilliant roads are carved into rocky mountainsides, speed cameras appear every few 100 metres to keep the Ferraris in check, and clusters of blocky, flat-roofed houses are topped with water tanks. The landscape is rocky and the vegetation sparse. We turn off onto a dusty side road leading to the Ras Al-Shajir Nature Reserve, famous for its Arabian Gazelle, which is a dead ringer for a springbok. Ecologist Waheed tells us that a tornado stripped the area bare of its previously famous trees.

We’re soon back on tar, and head for Fins beach − where we feast on kebabs and bony fish under a white tent replete with cushions, while the occasional fishermen in long boats cruise past on the impossibly blue, waveless sea. After a refreshing swim, it’s back in the Amaroks to see the Bimmah Sinkhole − a deep depression in the limestone fed by both the sea and underground fresh-water reserves, which make it a perfect swimming hole.

The looming backdrop to this coastal interlude is the Al Hajar mountain range; only minutes off the tar, we are tackling a series of tight, dusty, gravel switchbacks, having engaged high range on our manual 4Motion Amarok. In just a few kilometres, we will summit at nearly 2000 metres, grinding and bouncing up a narrow track carved into the rock. A few sections are concreted − clearly too steep to manage in the wet. I am struggling a bit with the manual gearbox on this 165kW unit, not finding the sweet spot. It’s so steep that some have sensibly resorted to low range − which we find out at the crest of the climb, having been distracted from obvious technical solutions by the steepness of the climb and the scale of the views.

It’s worth noting that our press vehicles are not entirely standard. A full complement of Seikel good stuff has been added, including a 25mm V6-specific lift kit (the maximum allowed on an Amarok), uprated shocks, a 5mm Desert engine-protector and 8mm rear-axle protector in aluminium, plus a gearbox and diff vent on the autos, lifting the intake to higher in the engine bay. Most obvious is a Seikel snorkel. The soundtrack on acceleration is a throaty Darth Vader hiss. “I am your father…” Some of the ’Roks have been equipped with a hidden Warn M8000 winch (just the hawse fairlead and hook visible in front of the standard grille), plus an under-bonnet compressor for the inevitable tyre duties. Speaking of tyres, the 120kW base models with 6-speed manual gearboxes have been shod with BF Goodrich 245/70 R16s, and the higher-end 165 and 190kW models are on 245/65 R17 General Grabber AT3s – which prove very satisfactory in sand, as expected.

The Amarok is a brilliant bakkie. From an engineering point of view, it is crammed with innovative technologies that make it a fine performer. The chassis is super-stiff, the rear leaf springs are located on the outside of the ladder to widen the track and lower the centre of gravity, and it has a large, wide, load body and a sophisticated off-road mode that includes an ABS system specially calibrated for faster stopping on gravel.

The interior remains best-in-class by a long chalk; it’s a work of functional art because it combines excellent ease of use with simplicity. One should add that, in South Africa, a 165kW V6 diesel has recently been added to the line-up of the downsized 2.0-litre fours that originally came in three different outputs (90kW, 120kW and 132kW). Europe got a 150kW version of the V6, and word is that a 120kW V6 will also make the local cut.

The V6 has pedigree in the VW/Audi stable, as does the ZF-sourced 8-speed auto that is the only local option with that engine. And now, to prove the point that VW has an edge on new rival Mercedes-Benz with its much touted X-Class (largely based on Nissan Navara underpinnings), the V6 has had the wick turned up to 190kW and 580Nm, with the overboost function raising that to 200kW for repeatable surges of added power.

It’s a great engine, and there’s no mistaking its ability across a range of terrains. But, make no mistake; the base power number is no coincidence. It exactly matches the 3.0-litre V6 diesel of the range-topping X-Class X350d, and beats its torque figure by 30Nm. As to pricing, the Mercedes X350d Progressive lands in SA at R885 894, and its Power stablemate pushes that to R954 294. The current baseline 165kW V6 Amarok with 4Motion and 8-speed auto kicks off at R703 500. Clearly a power-and-price war is on, as this newly-created premium bakkie market is highly contested, and the German rivals are watching each other’s moves and strategies with hawk-like interest.

Intrigued? For the full story, grab a copy of the June issue of SA4x4 Magazine.