I’m sure everyone reading this fine magazine would all raise their hands in unison if offered a choice between a week in the office, and a week away. But mid-winter camping is often less than comfortable; and, with a deadline of ‘yesterday’, I needed to find a route that would not only test the new Fortuner but also give me some R&R. Also, the trip needed to be technically challenging, but not difficult enough to be likely to damage the test-car – and we certainly didn’t want to get stuck in the middle of nowhere.Words & Images Andrew Middleton

Having floundered about in traffic for two hours, failed to find a gas cylinder, failed to pack properly and failed to get the fridge’s dodgy 12V socket working reliably, we were finally off. Though hissing rage isn’t the best way to start a trip, we had no choice: another minute in the stagnant traffic was bringing out the kind of murderous intent seen last in a 1980’s horror film.

After packing with all the order of a land-fill, and mashing the accelerator pedal through the firewall, we escaped Cape Town’s winter smog like an action star from one of those movie explosions – with no looking back, either.

The planned route would see us connect to the West Coast’s dirt roads as soon as possible, then continue up the coast all the way to Springbok in the Northern Cape. We’d then turn around, and hit the desert gravel highways through the Tankwa Karoo all the way back down to Cape Town. Of course, thanks to rushed planning, not only had I packed a little erratically, but we hadn’t arranged either a budget or formal sleep-stops. In fact, we hadn’t the faintest idea what the next four days would bring. Spontaneity – it’ll be fun, we said.

Soon after re-assigning my passenger’s role from ‘girlfriend’ to ‘Navigator in Chief, & Accommodation Expert’, we found ourselves at a boom blocking our path to the Spoornet Toll Road at Elands Bay. The lady wouldn’t let us through, despite blandishment. Also, the Elands Bay campsite was deserted and right next to a township… so we had to push on and pray for the best.

Next stop – in the dark – was Lamberts Bay, where an extremely friendly local let us follow him to the Caravan Park where we would camp. The place is half decent, and we found a lekker spot to set up on a grassy patch right by the waves. 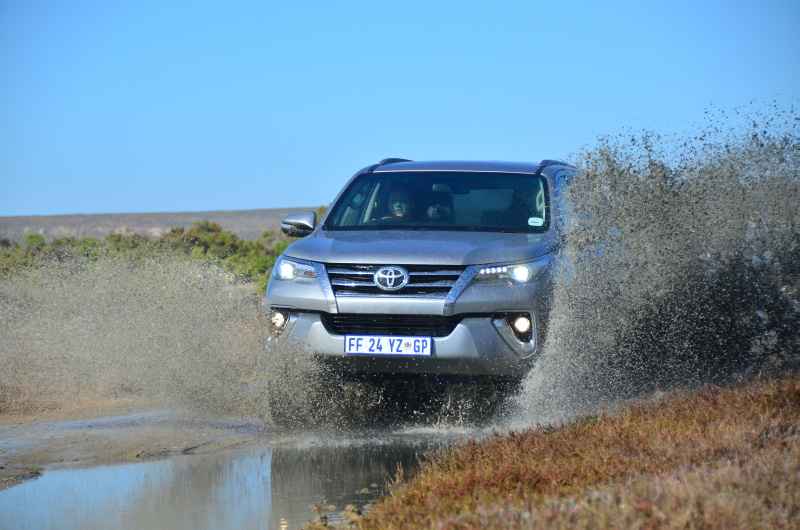