Boat trip down the Kafue River

Getting to Kaingu was a mission. Using GPS – there were no signposts – we drove through Itezhi Tezhi, pursued by a horde of tsetse flies, who seem irresistibly attracted to 4×4 exhaust fumes.

We turned off onto the “River Road”, which turned out to be a courtesy title, rather than a description of what we ended up driving along. After a few kilometres, we were stopped by a large pool of water.

We walked across it, judged it safe to cross, and then got shipwrecked around the corner on a large mound of mud between two furrows.

Our friends, driving a Toyota FJ Cruiser, came charging through to tow us out, and promptly got marooned on a large tree stump.

We were rescued by local villagers who managed to dig the stump out: an impressive feat, given how large and deeply rooted it was and how little manoeverability there was between the stump and the car. Once the FJ Cruiser was freed, it towed us out.

An achingly slow, bone-jarring few hours later, we arrived at our campsite at Kaingu on the tree-lined banks of the great Kafue River, where we were met by a bold (but captivating) troop of Vervet monkeys.

Over the next couple of days, all food – and any shiny object – had to be put away immediately or it would disappear.

There was a flush toilet and hot water for the shower, and a fire pit for cooking and sitting around during the dusky, star-lit evenings.

The highlight was a late-afternoon boat trip down the river. It is a huge river, intersected by islands on which loom rounded granite mounds and trees.

We were the only people on the river, and it felt as if we were entering a hidden Shangri-La, a magical parallel universe, lit by the golden light of a descending sun.

Hippos, crocs, an emerald kingfisher and an open-billed stork – plus a glass of chilled chardonnay – rounded off an utterly magical experience. 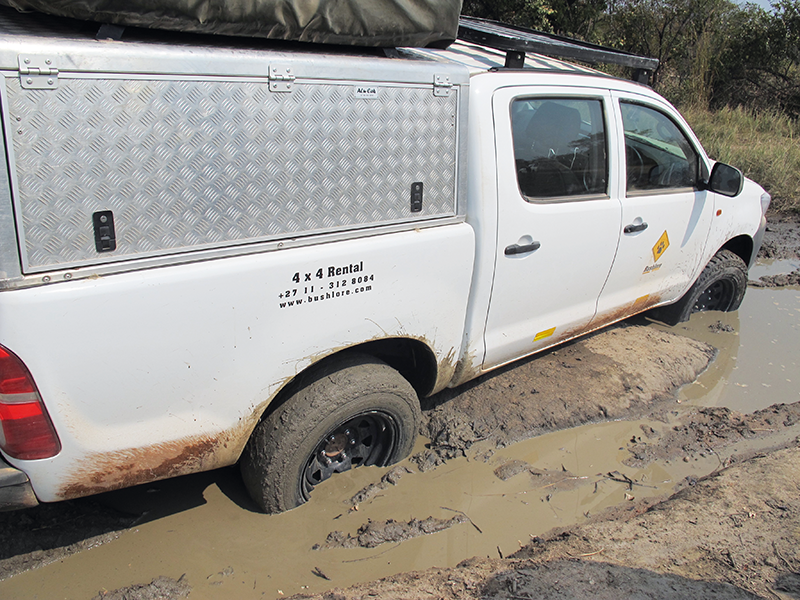