Kaokoland is one of the last remaining wilderness areas in Southern Africa. It is a world of incredible mountain scenery, a refuge for the rare desert-dwelling elephant, black rhino and giraffe, and the home of the Himba people. 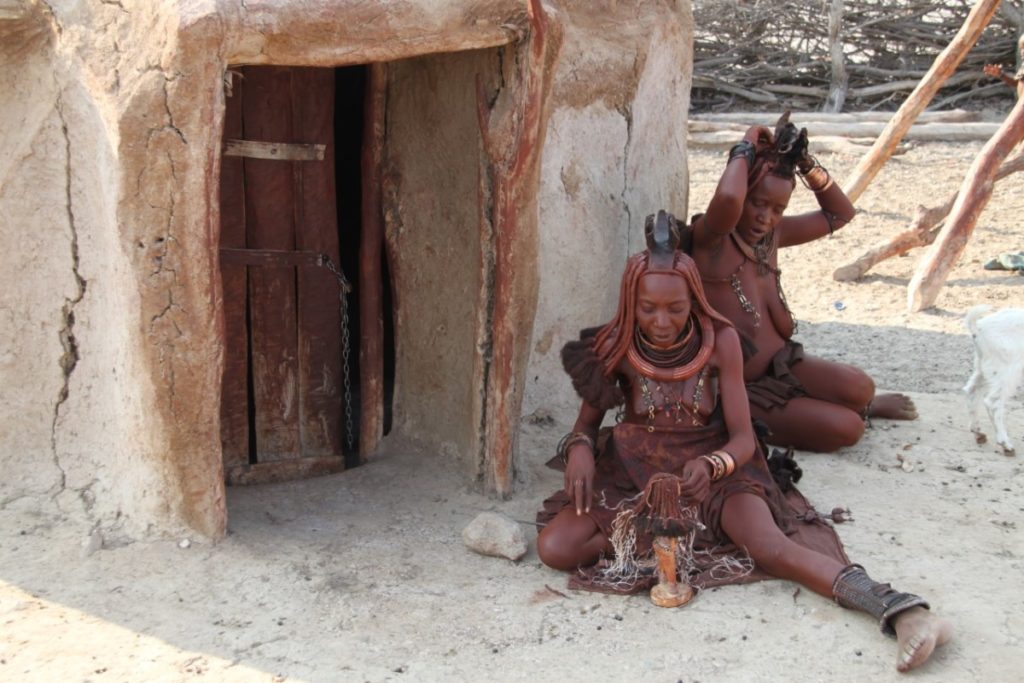 The topography in the south of the area is characterised by rugged mountains which are dissected by numerous watercourses, but north of the Hoarusib River the scenery is dominated by table-top koppies. Still further north, the Otjihipa Mountains rise abruptly above the Namib floor to form the eastern boundary of the Marienfluss, while the west of the valley is defined by the Hartmann Mountains.

Kaokoland is bordered on the south by the Hoanib River and on the north the Kunene River which also forms Namibia’s border with Angola. Mountain ranges near the Kunene River are rugged and impressive with the highest point located at 2039m in the Baynes Mountains. The Ruacana Falls are 120m high and 700m wide in full flood. Also along the Kunene River you’ll find the Epupa falls, about 135km downstream from the Ruacana falls. The name Epupa is a Herero work for the spume created by falling water. Epupa is formed by a series of cascades that drop a total of 60m over a distance of about 1.5km and at one point reaches a total width of 500m.

Van Zyl’s Pass is the most notorious pass in Namibia. Located between two very steep mountain ranges in Namibia’s Marienfluss, it gets its name from the Dutch explorer who found the way across in the 1920s with a few hundred Himba and a Model T Ford. 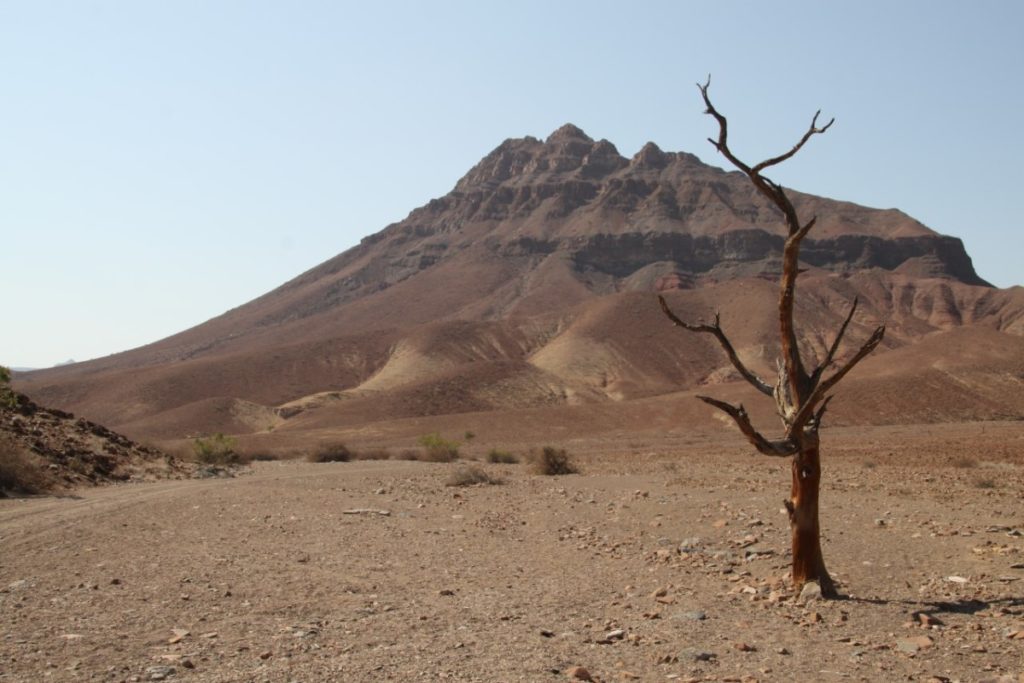 Van Zyl’s Pass (elevation of 948m above sea level), is found in the far northwest of the country, in Kaokoland. It’s a classic extreme road, but not really a road, just a route made over the mountain by travellers over time. The outrageously steep pass itself is a pure adrenaline rush, but the lead-up route is 10-15km of tough driving, dodging its way through boulders, rocks, ravines and badlands. The descent from the top of the pass covers a distance of 10 kilometres – but it will take you three to six hours to negotiate.