Last month, Andrew Middleton wrote about his journey up north from Mozambique to the top of Malawi, exploring dams, lakes and national parks. It was a tough ride, but the trip back down threw up a few challenges too… This month, he heads from Malawi into Zambia, explores Lake Kariba, and moves into Zimbabwe to the incredible Victoria Falls. Then it’s back into South Africa for the return-leg of an epic journey of 12 500km, through five countries, and all in less than a month.

We woke up to a blissful campsite on the Nyika Plateau in northern Malawi, knowing that our schedule for the day was, as usual, a shambles. When we’ve driven for up to 12 hours the day before, charting a route will always come second best to meal-times or sleep.

We studied our map in the morning sun, we realised that there were two options: either backtrack 250km through Malawi to reach the Lundazi border into Zambia, or take the ‘short cut’ through the tiny Katumbi immigration facility border, just 64km away on the gravel track. The GPS working on Tracks4Africa said that this would be a terrible idea, as did Google Maps. Obviously, we did the sensible thing: ignored the maps, and winged it.

We were on a mission. Ticking off a new country every few days had become a sport to us, and our lust for adventure told us to take the risk – what was the worst that could happen?

We followed the main road to the border, before the road fell to bits and split into countless smaller tracks. We asked for directions at what was presumably the border town, but misunderstood our instructions and took the wrong track, which soon became nearly impassable. It was at this point that we should have turned back. After another 40 minutes on destroyed donkey tracks (still following the T4A recommendation from a dated mapset) we asked for directions again. This time the language was different; even the clothes were different. We had inadvertently become illegal immigrants. 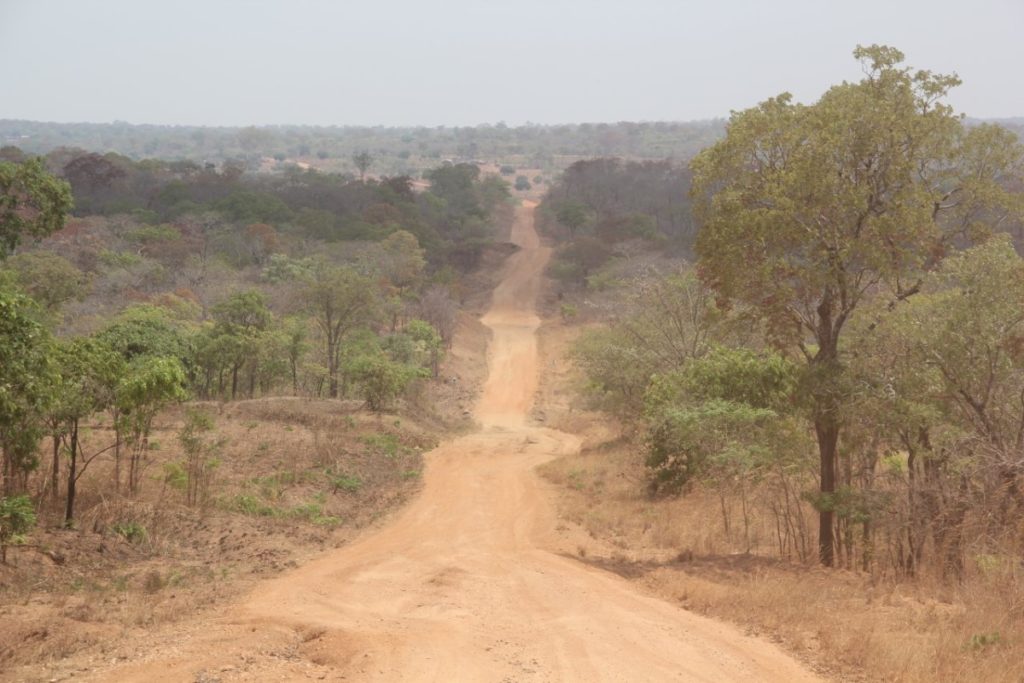 Having accidentally circumvented the border, we had another choice to make: turn back and find the border, or follow the border road within Zambia to the next border, 200km to the south. We chose the latter: and were in for 200km of the worst ‘road’ of the entire trip. It consisted mainly of potholes larger than the car itself, interspersed with deep pits and gullies that would swallow the vehicle whole and spit it out violently on the other side − sometimes airborne. This 200km stretch to the next border took us some eight hours, at which point we were met with mass confusion as to how we’d come from the wrong side.

We also had no money left for the crossing, no fuel… and, because we’d not originally planned to go through Zambia, we didn’t have police clearance for the vehicle either. In short, we were screwed.

The official told us to go back into Malawi and head to the nearest big town, ‘Mzimba’, where we could get what we needed. Of course, the official told us that it was ‘just up the road’ with a vague description of getting there along directionless roads which produce a fork every few kilometres. Our GPS refused to find the road, and because we were now almost out of both fuel and available light, we were forced to bash through the shrubs to camp by the roadside. We were completely lost, but (at least for now), were hidden from view. 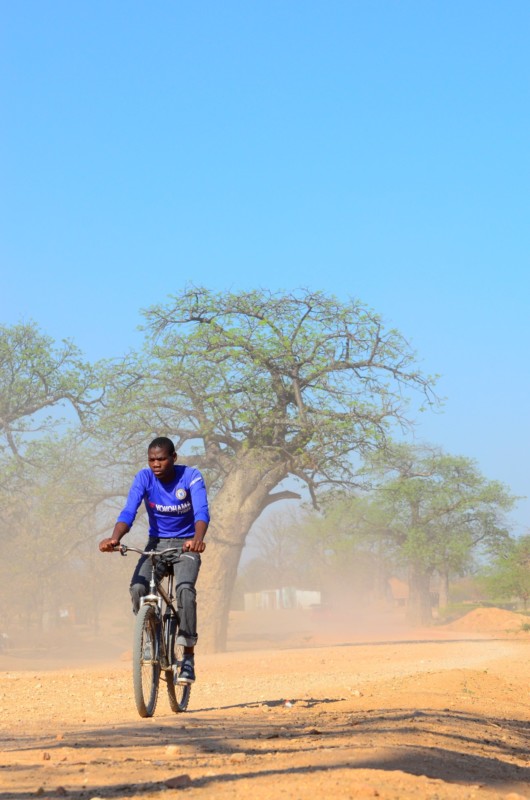 Needless to say, the border control officials were surprised to see us again first thing in the morning on the next day. My frustration was hitting an all-time high – we had been booked out of Zambia and out of Malawi, so were technically illegal in both countries. What a stuff-up. Luckily, one senior official finally took pity on us and let us travel to nearby Lundazi in Zambia to get money and documents − completely illegally, of course. That was the only way we could go back to the border and get stamped.

Once through the border, we found Zambia to be a land of secrets, and one in which few tourists roam. From the spectacular wildebeest migration on Liuwa Plains, to the largest (in numbers) mammal migration on earth in the summer months, Zambia has a lot to give nature lovers. Thanks to turmoil in Zimbabwe, we couldn’t explore Lake Kariba in the way we had hoped, and therefore followed its northern contour on the Zambian side. We stopped on its banks overnight at Lake View Lodge, eating freshly-caught bream with some locals who stayed nearby. 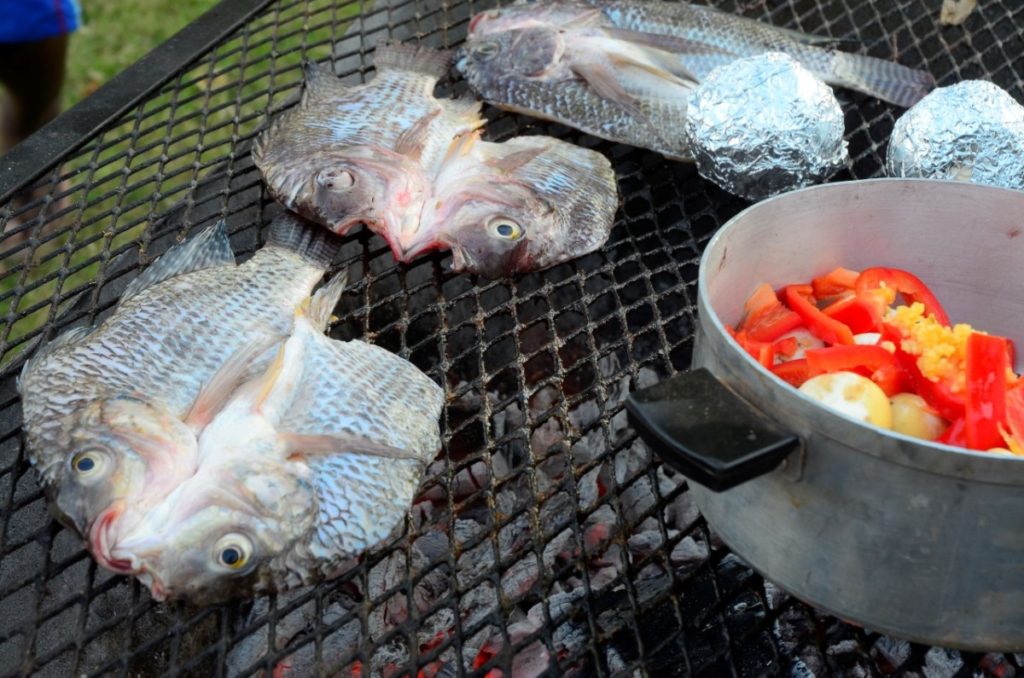 The lake itself is the world’s largest man-made lake, and when you stand on its banks, resembles an ocean – give or take the odd crocodile. When it was finished in 1963, the dam had displaced approximately 27 000 native Tonga people, and over 6000 species of birds and animals.  These included elephant, many of which drowned or had to swim for miles.

For the rest of Andrew’s epic, month-long adventure, get your hands on the February copy of SA4x4 magazine!

Always carry enough USD to fill your tank, and some local currency for the inevitable purchases. Most small towns, and even many big ones, do not have ATMs − and almost no petrol stations offer card facilities. But everyone accepts USD.

While it’s possible to average 600km per day without too much hassle, take it easy and double your journey time. Racing through is not only dangerous, but misses the point of an adventure: which is to experience, and not just to pass through.

DRIVING IN ZAMBIA AND BOTSWANA

In the entire trip, we found Zambia by far the easiest country to drive in. The roads are good, the highways open, and there isn’t a village every five kilometres as there is in Mozambique and Malawi. Botswana, on the other hand, is a chore. It has thousands of donkeys and cows scattered along the roadsides, making long-distance driving both tiring and dangerous. Driving at night is outrageous; don’t do it.

For most crossings, the same rules apply: stay calm, be patient, avoid the touts. Although our Malawi-Zambia border-crossing story sounds eventful, the truth is that the incident was our own fault − and, as such, can’t be commented on. The crossings into Zimbabwe, Botswana and Zambia should all be relatively painless and uneventful. Remember to bring USD for paying for your vehicle, and do not forget the vital papers for your vehicle – including ownership, insurance and registration documents. And be sure to check the AA website for what is needed in different countries.