Self-drive safaris through the wilder regions of Botswana have become more difficult because of the limiting effects of veterinary fences combined with the growing number of concessions in previously “open” areas. But it is still possible to explore on your own, and get to some intriguing destinations. 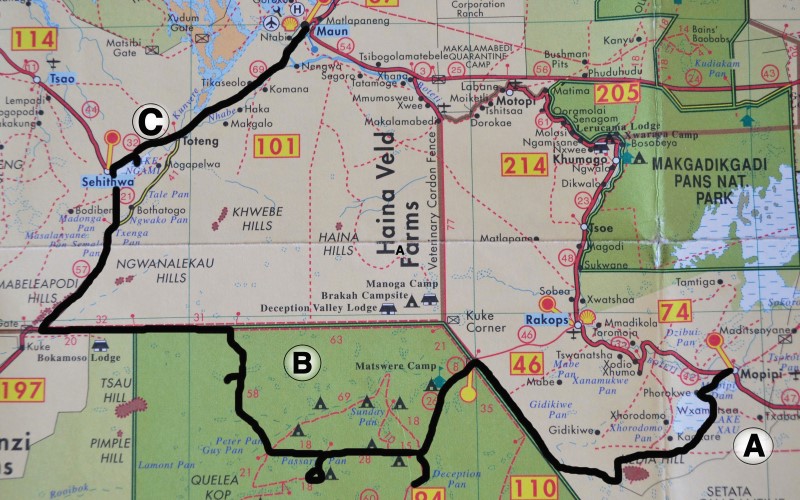 The old Shell map of Part 1 of our trip shows clearly how easy it would be to connect Maun with the starting point at Mopipi by following the big road along the beautiful Boteti River. As easy as ABC.

“You have to be brave to do this,” said Refilwe, as she stepped confidently across the chaotic surface that is the muddy, knee-twisting, temporary shoreline of an ever-transforming lake which centuries ago drew explorers to its capricious existence.

Past the dead tree stumps and mud pockmarked by the desperate struggle of cattle, lies a still expanse of water – miles and miles of it shimmering in the early heat of November. If you want to make a living here, on land, you have to be plucky. And quick, because of the occasional inrush of water, and the ring of mud left behind as it recedes under the power of the sun. When a lot of water keeps on coming in this flat land, the lake reveals its dark side − attested to by horror stories from a distant past.

But, on this occasion, there was an island of thriving, beautiful life. Behind us, a healthy vegetable garden filled with tomatoes, green peppers and spinach decorated an overall scene that resembled the aftermath of a nuclear blast. Thousands of dead trees and the dusty surface outside the kraal mark where there used to be water, a long time ago. The sun blasts down now, but the family’s makeshift shelter and the garden will disappear once the water rises.

“Come, let me show you,” said Refilwe, while three of her four young sons took up their positions to stop the leaks in a black pipe. One of them, Prosper, was wearing a T-shirt with “Batman” on the front. She fiddled with an old, small, petrol-driven pump and pulled once to start it. It sucks water from a channel they’ve dug from the lake to here. When the waterline recedes, they will have to dig deeper.

“We plant in September and October, before the big water comes. A lot of water comes, and then it quickly goes again. We sell the vegetables in town, 7km away. Fishing? There used to be a lot of catfish in the shallows, but the fishermen do not catch much anymore. They catch tilapia in their nets.”

Her husband, Nawao, arrived on a donkey. He smiled a lot and asked if I wanted to sell my vehicle. “Our biggest obstacle is transport,” he explained. “It takes very long to get around with the cart.”

Our two brand-new, kitted-out vehicles standing alongside this subsistence scene are an anachronism. And just what are we doing among these poor, but remarkably resilient, people on the wild shores of Lake Ngami?

The answer is very simple: I wanted to get away from tourist routes, experience the less-visited areas and meet real people, while at the same time exploring some of the most important parts of the Okavango Delta’s drainage system.

The plan: lakes, caves and pans

Wild Botswana is a place where, given the opportunity, you may nurture your equilibrium. On this trip, it was going to be about lakes, caves, hills and pans; the two major, but temporary lakes − Ngami near the Delta and the smaller Xau near the Makgadikgadi Pans − connected by a visit to the Central Kalahari Game Reserve. Later, the Nxai and Makgadikgadi pans would be major points of interest. Then, heading north-west, the Gcwihaba Caves and Tsodilo Hills in Botswana were earmarked for a bit of physical adventure. 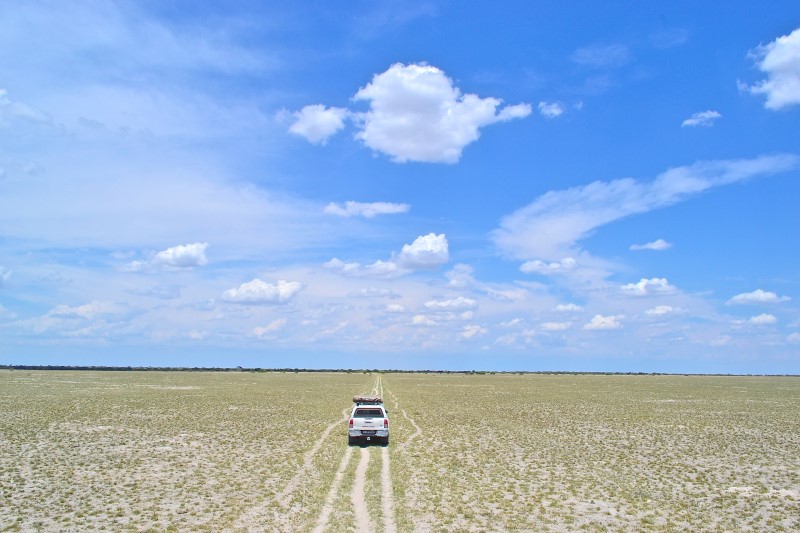 The dry bed of Lake Xau.

I also wanted to trace the spoor of another brave woman, one whose legacy will live on in the hearts of people who love the Kalahari.

Having been commissioned to use two vehicles, I brought along two friends: Bubi Lehmann from Lambert’s Bay, who had never been to Botswana, and Steve Bester from Dwarskersbos.

They were in for one of the biggest treats of their lives. For this wild Botswana safari, Toyota South Africa had provided a top-of-the-range manual Hilux Double Cab 2.8 GD-6, and the brand-new automatic Fortuner 2.4 GD-6.

Our journey started in Johannesburg, but we became pure travellers when we left the tar road near Mopipi to the north west of Letlhakane. Enquiries earlier at the latter town’s Wildlife Offices, where I booked our entry and part of the accommodation for the Central Kalahari Game Reserve (CKGR), confirmed that Lake Xau was still awaiting the water that was coming down its main feeder − the beautiful Boteti River. 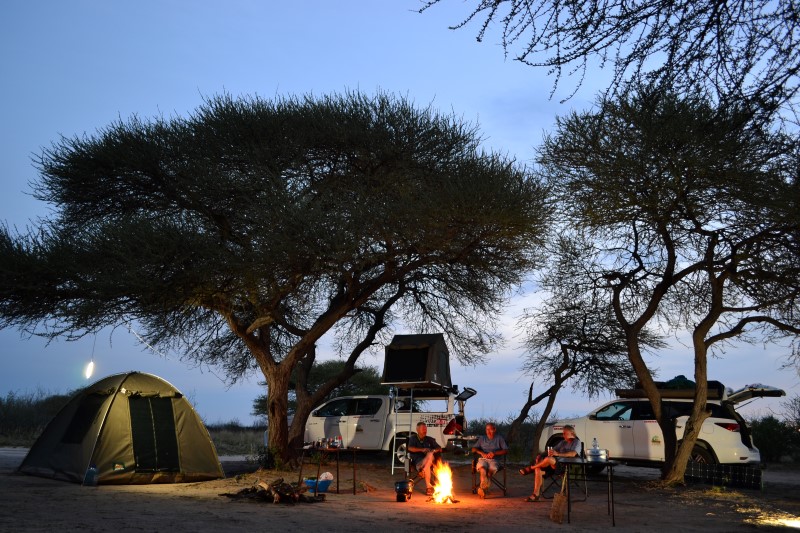 A classic camping scene at Kori.

For the full story, grab a copy of the Feb edition of SA4x4.