Following on from last month’s article about the Spotted Hyaena (Crocuta crocuta), I thought I would deal this month with another amazing animal that has also been long misunderstood – the African wild dog (Lycaon pictus).

“Wild dogs are nomadic animals and can traverse 50km in a single day. As a result, their territories may range anywhere from 400 to 1 500 square kilometres”

A distant cousin of the wolf and domestic dog, the wild dog split from the ancestor of other canids two to three million years ago. The Painted Wolf – the other name by which the African wild dog is known – is the only extant member of the genus Lycaon. Dutch zoologist Coenraad Temminck first described the wild dog in 1820, errantly identifying it as a Hyaena (Hyaena pictus). Seven years later, the British anatomist and naturalist Joshua Brookes established that it was a member of the dog family, renaming it Lycaon pictus. 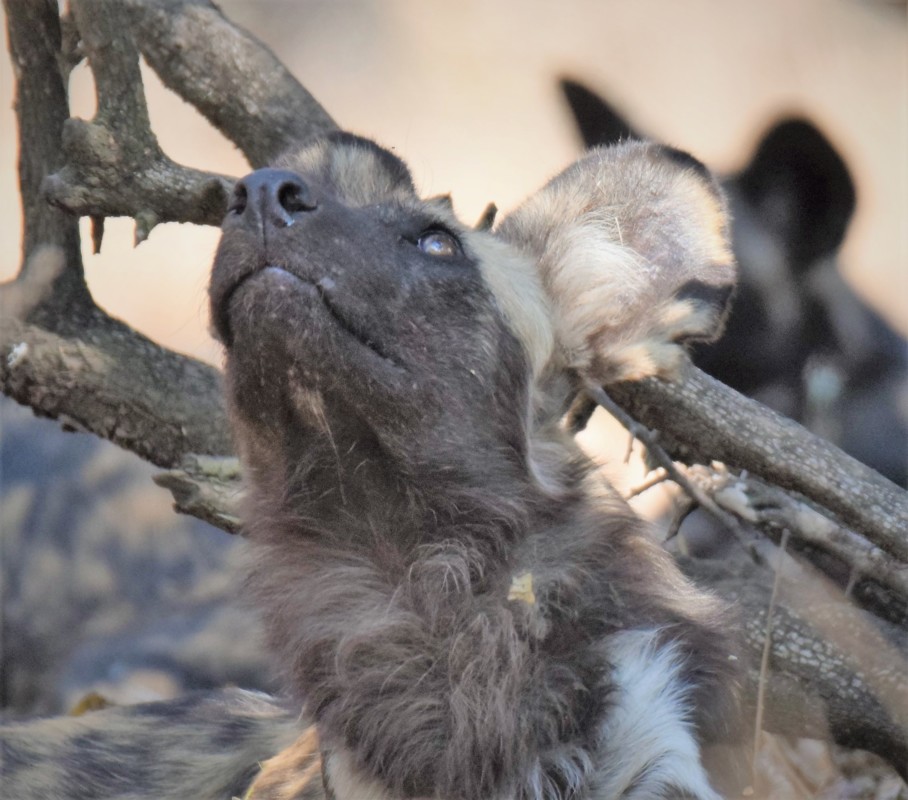 Despite sharing enough similarities with wolves and dogs to be placed in the family Canidae, wild dogs also have some distinct differences. These include specially-adapted teeth (for the dentists amongst you, this adaptation takes the form of accessory cusps on the premolars) to enable rapid shredding of carcases; having only four toes on the front feet and no dewclaws; and stiff, bristle-like hair with no underfur.

Persecuted and hunted as vermin for decades, it is only in recent years that they have been more widely recognised as the amazing animals they are. Over millennia, they have adapted completely to their cursorial way of hunting. Physically, they have evolved to have light bodies and long legs, perfect for running over long distances.

Their large “Mickey Mouse” ears give them acute hearing, and help to radiate heat, while their muzzle, which is broad and short, provides ample attachment for the powerful muscles that allow them to grab, and hold, prey. Their strategy of hunting in a co-operative pack makes them highly efficient predators with a success rate (in the right conditions) of 43-70%. (In comparison, the average success rate of lions is around 30%). Their beautiful multi-coloured coats (from which the name ‘painted wolf’ is derived) have a pattern that is unique to every dog. This fur-based equivalent of our fingerprints allows them to blend seamlessly into their wooded savanna habitat.

Wild dogs live in close-knit family groups and demonstrate highly developed social customs. They practise elaborate bonding rituals, including tail-wagging, muzzle-to-muzzle contact, high-pitched chittering, and boisterous physical activity. This facilitates harmony in the group, and fights within a pack are rare. This social bonding takes place upon waking, and before and after hunting.

Wild-dog society consists of an alpha pair, supported by a variable number of both male and female ‘helpers’ who assist in feeding the pups and protecting them from other predators. Unlike in hyena and lion society where ‘might is right’ and pups and cubs are at the bottom of the pecking order, the wild dog pups (once weaned) are allowed to feed first at a kill. In contrast to most other pack animals, male wild dogs tend to stay within their natal pack once they reach sexual maturity, whereas the females will travel long distances to find a mate. This behaviour is a good countermeasure to inbreeding.

Wild dogs are nomadic animals and can traverse 50km in a single day. As a result, their territories may range anywhere from 400 to 1 500 square kilometres. The only time that they remain in one area is during their three-month denning period. It is this itinerant lifestyle and the attendant risks posed to them when they leave reserves, combined with habitat loss, which led to their being listed as an endangered species by the IUCN in 1996. This designation is afforded a species that is at risk of extinction throughout all, or a significant portion, of its range.  It is estimated that globally there are just over 6 000 dogs remaining in the wild.

My fervent hope is that, in time, the title of this article, ‘Wild dog running’, will be because safe spaces finally exist that allow these beautiful animals to roam freely, and that their running from persecution will be a tale consigned to the annals of history.